Swirl flaps are one of BMW’s biggest design mistakes…

This causes 1000’s of owners throughout the world either very expensive repairs or even vehicles being written off.
The flaps live in the inlet manifold of BMW diesel M47TU & M57TU engines (either 4 or 6 flaps depending on the amount of cylinders).

These values are designed to create a swirl (hence the name) in the inlet manifold, this aids towards better combustion under light load. The flaps are fully open during higher load conditions to maximise volumetric efficiency and power output. In reality this system looks better on paper than it does in the real world. 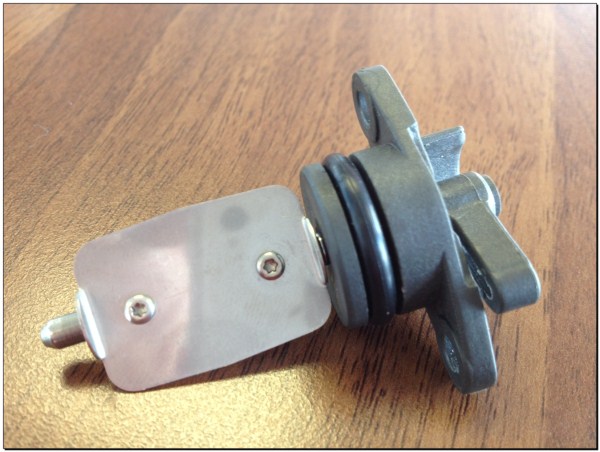 The above picture is of a standard BMW swirl flap removed for an inlet manifold.

Sadly swirl flaps are poor in design and are prone to failure. The below picture is of a used swirl flap removed from a vehicle with 80,000 miles on the clock, as you can see the shaft is fractured (where the closest bolt meets the base). 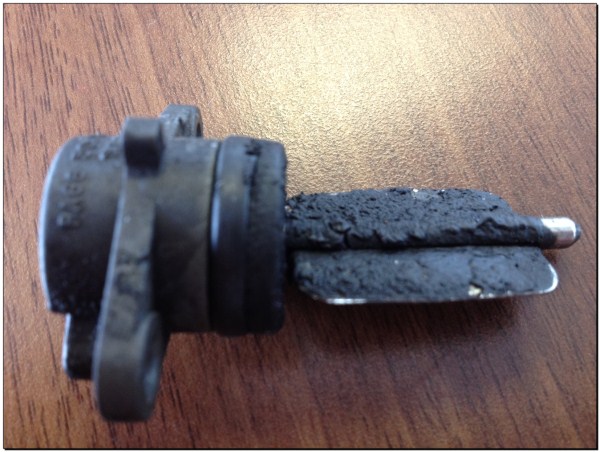 When a swirl flap fails, the debris drops down into the engine, either sticking in the valve port and jamming it open, causing the piston to collide with the valve, or falls into the cylinder itself causing the piston, valves and head to become damaged.

The other issue we regularly see with these swirl flaps is the small screws holding the flap to the shaft work loose and find their way into the combustion chamber causing considerable damage. They cause further damage on their way out of the engine when passing through the turbo and CAT.

Left hand side is new, right hand side removed from a swirl flap damaged engine.

BMW introduced a modified inlet manifold (with swirl flaps still fitted) trying to address this problem, the spindle of the valve is thicker and stronger, sadly this design is also prone to failure. BMW finally gave up on swirl flaps in late 2008.

If you are unlucky enough for your vehicle to suffer from swirl flap failure BMW only offer one option. A new engine (circa £8,500 to £13.500 fitted).

At Grosvenor, we can repair swirl flap damaged engines for around the £2,750 mark (depending on the extent of the damage).

But… There is a solution! As they say, prevention is better than cure.

We always look to solve a problem and prevent it from ever happening rather than picking up the pieces after the inevitable happens.

We have had swirl flap blanks custom engineered and developed for us from aircraft grade aluminum with viton seals (modification plate pictured below). We recommend this modification on any engine over 60,000 miles or 4 years to avoid you as a customer, becoming one of the unlucky numbers. 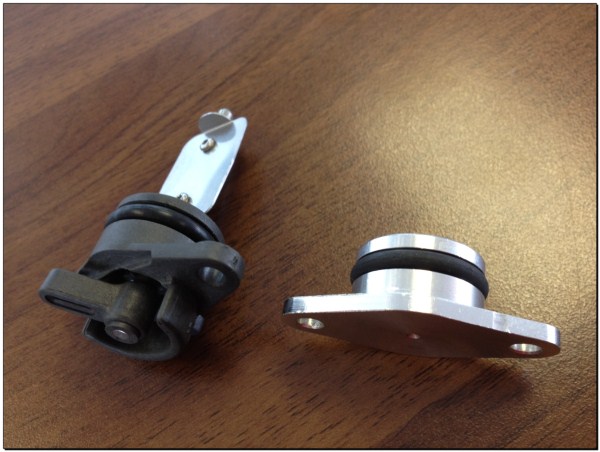 EGR valve removed, ready to be cleaned – Pictured below. 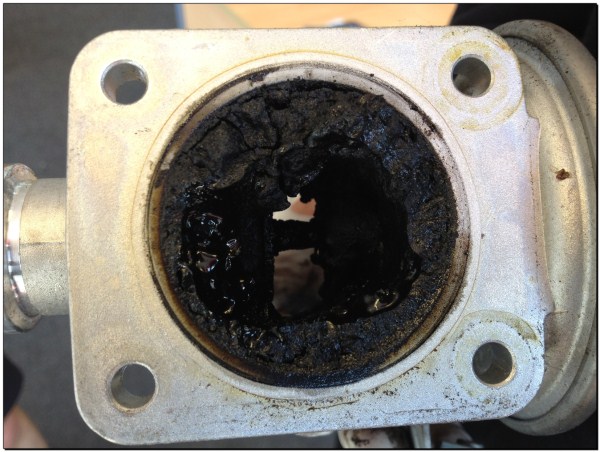 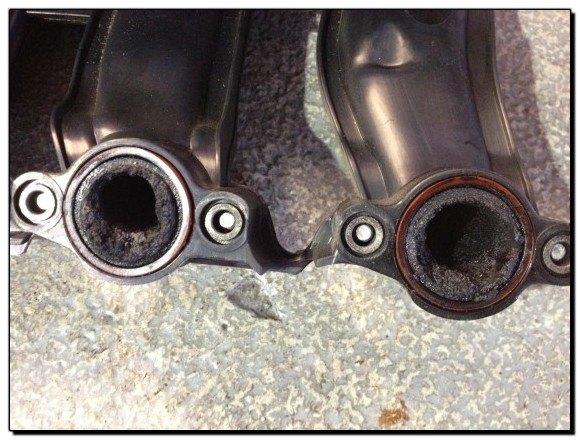 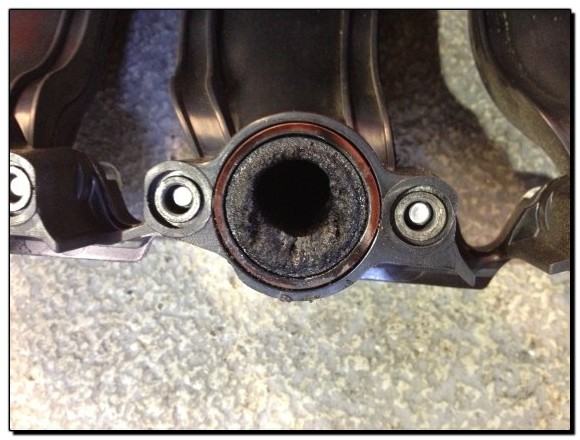 As you can see this build up even extends to the ports in the head. Unlike most companies, we clean out this build up at time of modification. 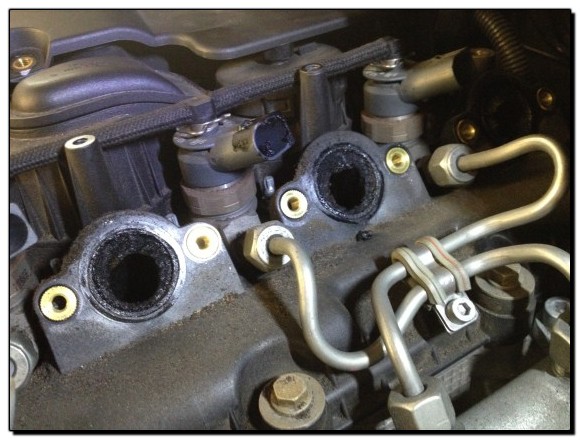 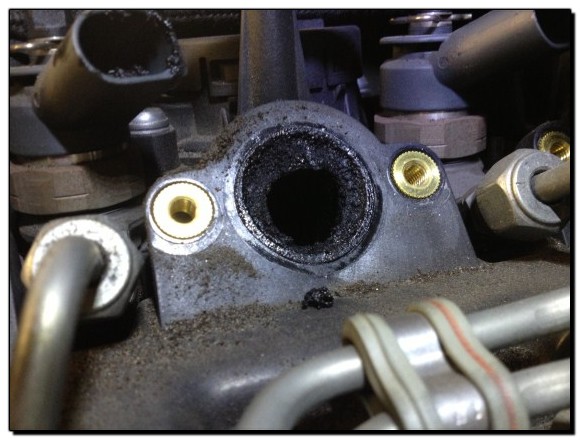 The top breather was removed from a car with 60,000 miles with a new unit pictured below. This sums up how important it is to change this unit as the old breather has quite literally swelled up due to being so contaminated with oil. 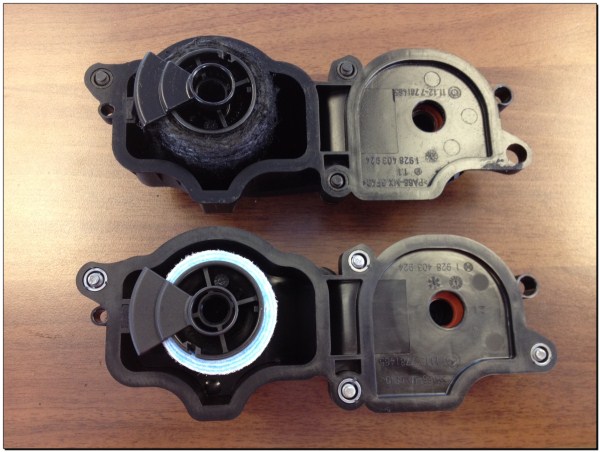 Finally, Inlet manifold gaskets as replaced during reassembly – Pictured below. 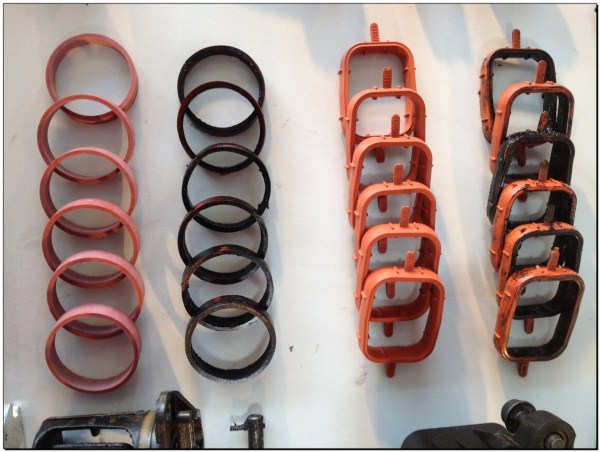 Protect your investment, why risk it?