We are one of the biggest remapping agents in the South East.

Are you aware that the engine fitted to your car has had its power output intentionally restricted by BMW?

This is due to BMW having to cater for a wide range of conditions and various users throughout the world and as such have to make allowances some of the following examples:

BMW intentionally restrict some engines via the maps they use for each product. A lot of the power plants BMW use are physically identical, the selected ECU tunes will raise or lower the power output to fit their market demand. Take the early Mini One and Cooper as a good example, these two vehicle have exactly the same engine but with a 25bhp difference in power output, this is purely a different ECU tune selected by BMW. We can take a Mini One over and above Cooper spec in the form of a remap giving it 30 additional horsepower. 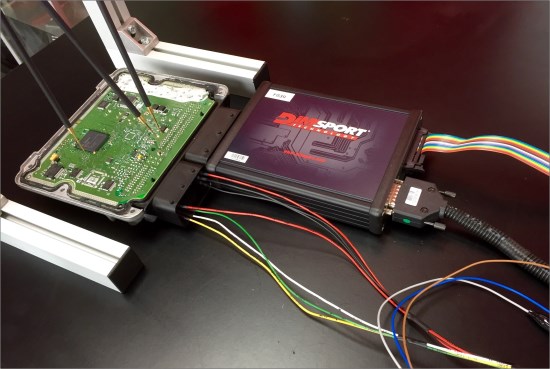 We remap the vehicles ECU (engine control unit) thus attaining a genuine increase in smoothness, driveability, throttle response, power, torque and MPG. The engine’s “flat spots” (usually two) that are purposefully engineered into the power curve at the factory (so as to pass emission and noise regulations at those particular RPM locations), these are also eliminated.

The new software can easily be reverted back to the factory map at any time.

So what’s the down side?
There quite simply isn’t one.