When these bushes fail on a X5, most people pick it up through the steering wheel. This is commonly misdiagnosed as ‘brake shudder’ (warped discs).

At Grosvenor we don’t believe in wasting your money, this is why we no longer fit these inferior, standard rubber BMW bushes as they will only fail again later down the line. Rather than just fitting replacements, we have devised a solution. We fit a set of uprated Polyurethane bushes and issue a lifetime guarantee! 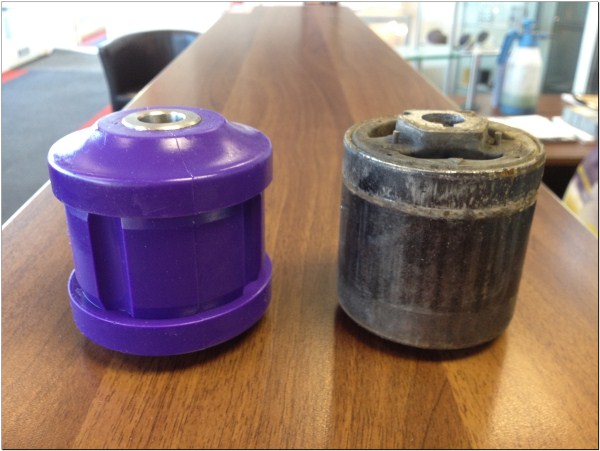 Polyurethane bushes don’t deteriorate like standard rubber bushes, so in 20,000 miles they will feel the same as the day we’ve fitted them and give a nice solid feel to the front of the vehicle.

The rear subframe carries alot of components which equates to alot of weight. This whole subframe is secured to the chassis in the way of 4 large bushes. These bushes are again made from rubber so have a very limited lifetime, this is where we fit Polyurethane subframe bushes (pictured below) to make this rather expensive repair, a permanent one! 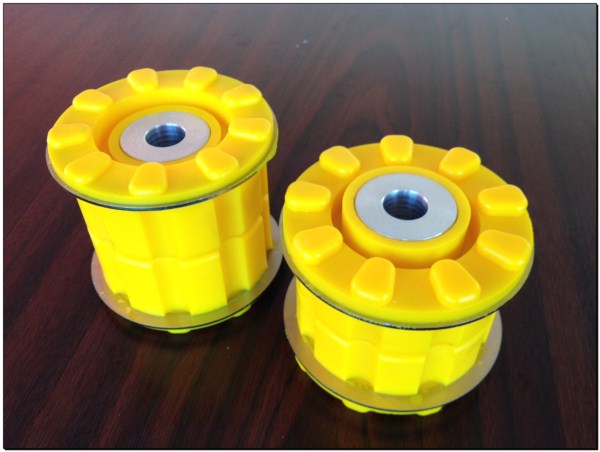