Grosvenor has sponsored Shinfield Rangers under 13’s, 11 a side football team since 2007 and continue to do so.

On Saturday 28th September 2012 some members of Shinfield Rangers F.C were privliged enough to provide the guard of honour for the Premiership clash between Reading and Newcastle at Madejski stadium Grosvenor has sponsored Barton Rovers FC since 2012, This photo was taken outside Grosvenor Motor Company for a newspaper photo shoot, October 2012. 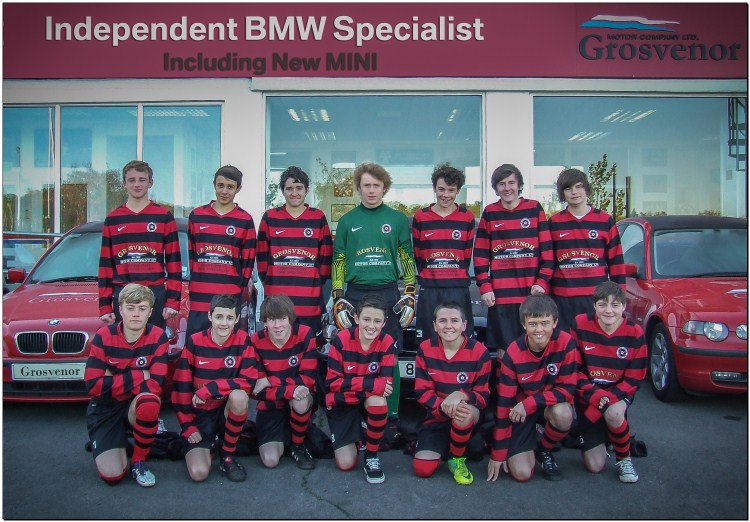 We sponsored Matt from one of our BMW parts suppliers to do a skydive for a cause that is very close to his heart.

After months of nerves, Matt finally completed a successful jump in May 2012.